This year’s Kenyon Review Literary Festival marked a convergence of notable events, including the 75th anniversary of the journal, the introduction of new Kenyon Review fellows and the celebration of this year’s recipient of the Kenyon Review Award for Literary Achievement, Ann Patchett.

“It’s an unusually rich moment for us,” said David Lynn ’76, editor of the Kenyon Review and professor of English.

The highlight of the festival was Patchett’s keynote speech on Saturday night to a full-capacity crowd at Rosse Hall, where she talked about hard work and practice being the pillars of success more than inspiration or even talent. Patchett is the author of novels State of Wonder and Bel Canto as well as of nonfiction works including This is the Story of a Happy Marriage.

Lynn called Patchett “truly among the most daring and singular authors at work today. We at the Kenyon Review are thrilled to welcome her to the Kenyon campus.” Patchett is the 13th recipient of the honor, which will be awarded to her at a gala in New York City on Nov. 6. Previous winners include Margaret Atwood, Ian McEwan and Joyce Carol Oates.

Other festival events included a birthday bash for the Kenyon Review, readings by former fellows E.J. Levy and Natalie Shapero, a book sale and a panel discussion on the future of independent bookstores.

The festival also marked the 20th anniversary of Lynn as editor of the Kenyon Review. “That’s personally important,” he said. “I have now passed John Crowe Ransom as the longest serving editor, which is kind of daunting.”

Because he doesn’t like “doing the same old, same old,” Lynn unveiled a new, slimmer look for the Kenyon Review, which he calls “the biggest change in 75 years.” 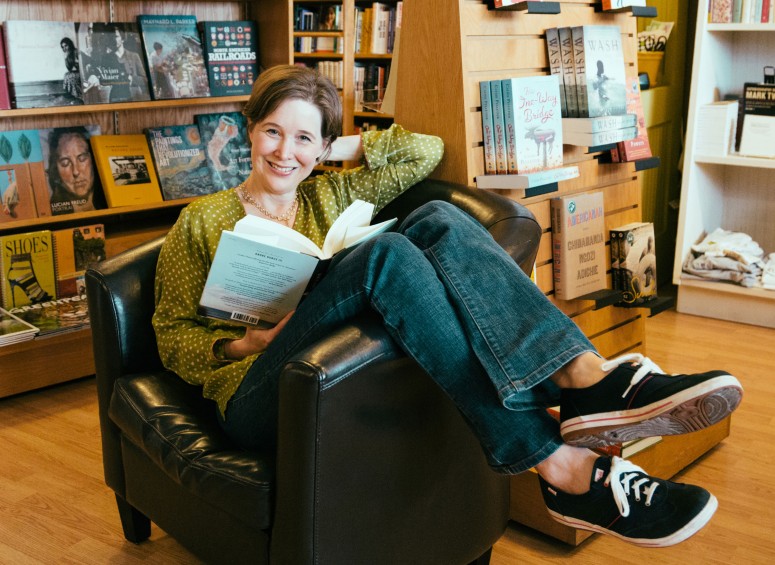