Adriana López Vermut, sister of Leopoldo López ’93 H’07, a political prisoner in Venezuela, will speak on behalf of her brother, raising international awareness of his imprisonment and the broader political implications it holds for the region. Her live-streamed talk will be held Wednesday, Oct. 22, at 7:30 p.m. in Rosse Hall, and she will participate in a Common Hour panel discussion Thursday, Oct. 23, at 11:10 a.m. in the Philomathesian room in Ascension Hall.

Leopoldo López is the former mayor of the Chacao District of Caracas and a leading opposition figure against Venezuelan President Nicolás Maduro, successor of former president Hugo Chávez. López was arrested in February 2014 in Caracas and charged with inciting unrest after an anti-government rally left three dead. In recent weeks, President Barack Obama, Amnesty International, the Organization of American States Secretary-General José Miguel Insulza, and the editorial boards of the New York Times and the Washington Post have called for López's immediate release.

“We stand in solidarity with those who are detained at this very moment. In Venezuela, Leopoldo López . . . They deserve to be free. They ought to be released," Obama said in a speech to the Clinton Global Initiative last month.

The Kenyon community, led by a group of López’s classmates and professors, is organizing events to bring attention to López’s detention. On Wednesday evening, López Vermut will speak about her brother’s imprisonment, show a video of his arrest and read a letter from him in prison. On Thursday, she will participate in a panel discussion with Rob Gluck ’93, López’s classmate and one of the organizers of the Free Leopoldo campaign, and George McCarthy, professor of sociology and López’s faculty advisor.

McCarthy remembers seeing López when he visited Kenyon a couple of years ago for reunion weekend. He told López to “be careful” with his political activities in Venezuela. “I figured he could handle himself. He knows what he’s doing. He’s very intelligent,” McCarthy said. “I was just worried about any political activity on his part that would impact his family.

“It’s so depressing what he must be going through,” McCarthy added. “I just hope that he’s safe.”

The López Vermut talks are sponsored by the Center for the Study of American Democracy (CSAD) and the Office of the President.

“This is one of Kenyon’s own,” said Thomas Karako, assistant professor of political science and director of the CSAD. “This is someone who came to Kenyon, internalized the Kenyon education, put it into practice, standing up for principles against the Chávez regime. It is something we should not merely respect from afar, but think about and support.” 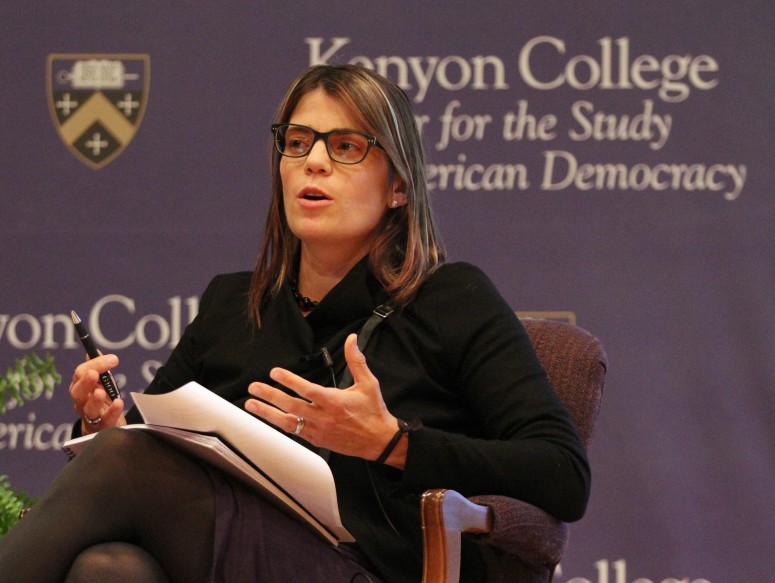