A recent graduate and an art history student curated an exhibit showing a slice of thousands of architecture, nature and street life photos taken by late Professor of Religion Denis Baly during his travels starting in the 1960s, including to the Middle East and Europe.

The exhibit on display Nov. 30-Dec. 18 in the Gund Gallery’s Meier/Draudt Curatorial Classroom is called Remembering Baly and is described as an attempt “to show the spirit of that indefatigable traveler and scholar who explored the world to bring us its treasures.” Baly’s wife, Louise Gehan Baly, donated his collection of about 10,000 slides to Kenyon when he died in 1987.

Shariq Khan ’15, hired to help digitize the collection because of his interest in Islamic architecture, and Chloe Friedman ’16, a double major in art history and studio art, worked together to choose 16 representative images to display.

Khan, a double major in Asian studies and history, was especially taken by photographs of structures in Palmyra, Syria, that have been destroyed in recent months by ISIS. The exhibit devotes a section to Palmyra. Indeed, Baly wrote that the purpose of his work was “to illustrate the exceedingly rich landscape, the exceedingly rich history, and the traditional life which is in the process of disappearing.”

The exhibit, presented by the Art History Department and its Visual Resources Center, also will include a slideshow of additional images and a map plotting a timeline of Baly’s travels. “This is some fun I’m having now,” Khan said of setting up the exhibition along with the archival project.

Baly started the academic study of religion at Kenyon in the 1950s when he began teaching a few courses on religion in the Political Science Department, including one on Islam. He began making slides in the 1960s of his many trips in the Middle East, North Africa, Europe and the United States. A year after he died, an exhibition on campus focused on his photographs of Jordan.

Khan and Friedman have cataloged Baly’s images as part of a larger project to digitize the College’s approximately 116,000 slides of art and architecture for use in classes. Khan took “Survey of Architecture” with Professor of Art History Eugene Dwyer, who recognized Khan’s knowledge in Islamic architecture and later encouraged him and Friedman to design the exhibition.

Khan and Friedman research each photograph to understand the buildings’ history and the architectural style, recording their descriptions on a spreadsheet. Friedman, from Hastings-On-Hudson, New York, said each slide is scanned, cropped, enhanced and saved to a hard drive. “It’s a lot of detective work,” Khan said.

Some of the photos can be viewed on the collection’s Digital Kenyon site, where all of the images eventually will be stored. The Baly project is overseen by Dwyer and Professor of Art History Sarah Blick, who along with digital initiatives librarian Jenna Nolt applied for a grant to support the project and to provide a salary for Khan’s full-time work. Sophia De Pascuale '16, a studio art major from Gambier, also helps with the digitization.

Khan is training his successor, Mustafa Aziz ’19, for when he leaves in February. “It’s been a collective effort and hopefully we have good results,” said Khan, who is applying to graduate schools to study South Asian history. 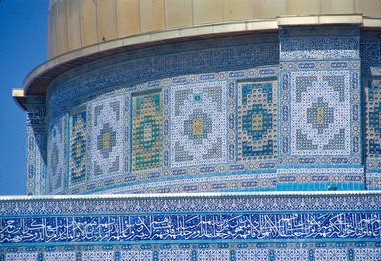