This year, eight faculty members, including Heindel, have stepped into new or established endowed positions at Kenyon: 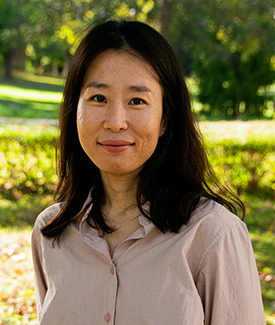 Why did you choose to join the Kenyon community?
When I first visited Kenyon as a job candidate in January 2018, I landed on a world never known to me. I had lived most of my life in big cities and studied only in large universities. Yet the students I met during lunch in Peirce Hall seemed enthusiastic about history and studying Asia. They had ambitions and plans not confined to the immediate, familiar and comfortable niches in society. They seemed to want to challenge themselves. Thinking back, there were no doubt many other factors that led me to Kenyon, but this memory was one of the crucial reasons I decided to come here.

What are your academic passions?
Although historians are often thought of as scholars of texts, I like to work with objects. This is not to say that I do not work with texts. Archival documents, published or not, are companions of all historians. Yet, in my research, I find it stimulating to collate different media — texts, objects and images, for example — and ponder how they challenge and complement each other. Objects often tell us stories that are intimate and entangled but infrequently written down. For example, in graduate school, I wanted to study 18th-century Chinese carpenters’ knowledge, but little was written about or by them. As a result, I studied furniture they made to understand the patterns of thinking and doing practiced by carpenters. The Robert A. Oden Jr. Professor of Chinese

What does the Robert A. Oden, Jr. Professorship mean to you?
I knew Oden personally when he was here and I admired the things he did for Kenyon: strengthening the college curriculum, instating a foreign language requirement collegewide, and raising the bar and providing support for faculty scholarship. I think this professorship encourages people to be innovative in teaching. I love the idea of putting the priority on teaching excellence.

How has Kenyon’s location enhanced your work?
To do research, you need extended periods of quiet time. I like the tranquility here. I can hear birds singing outside my window. 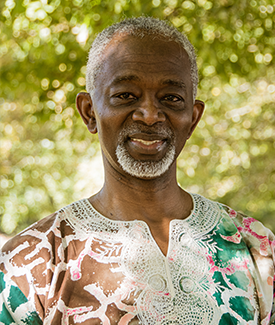 What are your academic passions?
As somebody who grew up in the country in Jamaica, in a district that doesn’t even appear on the Jamaican map, becoming an academic allowed me to bring to light the beliefs and practices and hopes and dreams of people from the margins. I work with religions that are on the periphery: Rastafari, Afro-Caribbean traditions, some of which have been maligned in a serious way. I’m teaching “African Spirituality in the Americas” now, and we have been talking about Vodou. I’m trying to impress on the students that, regardless of stereotypes about Vodou, for Vodou practitioners this is a way for them to organize the powers they perceive in the world. Vodou practitioners are trying to find love, to feed their family. The spirits enable them to accomplish those things.

What is your favorite thing you have learned from a student?
I’m always learning from students. I teach a course on “Religion and Popular Music of the African Diaspora,” and the last time I did it a student wrote a paper about Young Thug and the density of his lyrics. His mumbling rap doesn’t try to be lucid for his listeners. There’s a way of interpreting it as a postmodernist kind of rap — the listeners can hear whatever they like.

Another thing I learned from a student was about the Afrofuturism of Janelle Monáe. Now Monáe has become a staple in my lesson plan. I wrote a paper about Afrofuturism in the “Black Panther” movie, and I wouldn’t have done that otherwise. 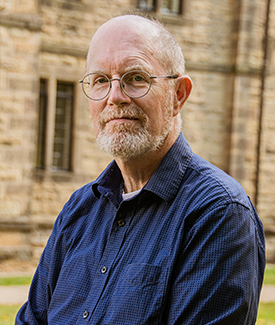 The William P. Rice Professor of French and Literature

How has Kenyon’s location enriched your work?
Because I had lived for years in Europe, I thought I was a fairly worldly person back in my 20s. But when I came to Gambier, it was the first time I had traveled west of the Poconos. My knowledge of the geography and demographics of the United States beyond the East Coast was fairly abstract. Living and working here has taught me not to rely too heavily on accepted opinions when it comes to knowing a place, person or culture. It’s a lot like studying literature: We find out some of the ways a text has been interpreted in the past, and see how our own reading experience differs from them.

What is the most interesting thing you’ve learned from a student?
The most interesting lesson for a teacher occurs with the realization that a student has relevant expertise. It’s one thing to have students who bring an original perspective to the material, which happens all the time; it is something else to find out that they have access to a whole body of relevant knowledge that I don’t. I could give countless examples, but here is just one: Teaching literature often involves discussion of religion, since authors constantly make references to sacred texts and traditions. One student in a class happened to know the New Testament so well that they could recite many chapters and verses at will. It felt unusual, yet liberating, to defer to them. The Dorothy and Thomas Jegla Assistant Professor of Environmental Studies

Why did you choose to join the Kenyon community?
It’s great to be part of a small community that values whole people rather than just a specific research interest of mine. Last night I had my first rehearsal in the Knox County Symphony (cello), so that’s really fun. I’m excited about the fact that Kenyon is eager to think about science writing and that’s another passion of mine. I feel like it’s a place I can bring all of the parts of who I am rather than just the narrow research aspect.

What are your academic passions?
What got me into the field of environmental sciences was a love of being outdoors and being outdoors in really extreme landscapes. I got hooked on going to the polar regions and the fact I can go to these extreme places and study them. These are places that are extremely fragile and changing rapidly. Down the line I’d love to be able to bring students to Greenland to do field work and work on Antarctic samples in the lab.

Read more about the new Dorothy and Thomas Jegla Professorship. 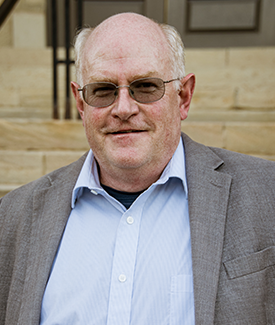 The John B. McCoy-Banc One Distinguished Teaching Professor of Music

What is the most interesting thing you’ve learned from a student?
One of my favorite war stories dates from about a decade ago, when I received word my mother was being moved to hospice, and I had to fly home. I had a Symphonic Wind Ensemble concert scheduled a couple of days later. Rather than cancel the event, I found my student assistant conductor willing to take over the entire concert — Katie Woods Argall ’09. She showed great courage and leadership, and the group came closer together to pull off the performance. If you do a good job with setting the stage, students can do some pretty amazing things. It’s great fun to watch that process.

What does this professorship mean to you?
First, it means that the College trusts me in my work with a very valuable resource: our newest faculty. I’ve received outstanding mentoring over my time at Kenyon, and it is nice to have this formal vehicle in which I can return the favor. In recent years, I have endeavored to learn more about the current generation of students, and now that I know a bit more about Gen Z, I am enjoying helping my colleagues build stronger connections. Over my 25 years at Kenyon I think I have seen the average faculty stress level rise quite a bit, so I hope also to raise some wellness issues and ideas to my colleagues — in part so that we might maintain a good model for the students. What’s the most interesting lesson you’ve learned from a student?
There’s a safety about being here in academia, and that safety seems, at times, like a way to separate the classroom from the outside world. But the outside world is always happening, and is always having an effect on my students, and on myself. My students remind me that we are all part of this together, and that one person’s suffering is everyone’s suffering. I think a lot of times we wall up or don’t want to talk about these issues of race or disability or difference because we fear conflict. We fear what someone might say. But by doing that, we ignore the thing that we really need to address. We keep talking about equality. But I think that, as people, we should think beyond equality. We should want more than equality. That’s the thing: This one class I’m teaching right now, this amazing bunch of bright sophomores and freshmen, is a reminder that students want. They’re so eager. And so I think that that’s the biggest lesson and reminder that I carry with me all the time.

Read more from a conversation between Sukrungruang and Paola Liendo ’20. How has Kenyon’s location enriched your work?
I really enjoy living in a rural area.  I have found that the location enforces spending time outside, which then helps with my productivity. When I have time, I love taking walks around campus during lunch or exploring the trails around our area.

Read more about Wade’s research and work with the Laser Interferometer Gravitational-wave Observatory.

These interviews have been edited for length and clarity and were conducted by Betül Aydın ’21, Ben Hunkler ’20, Paola Liendo ’20, Cameron Peters ’20, Molly Vogel ’00 and Reilly Wieland ’21. Photos by Ella Musher-Eizenman ’22. 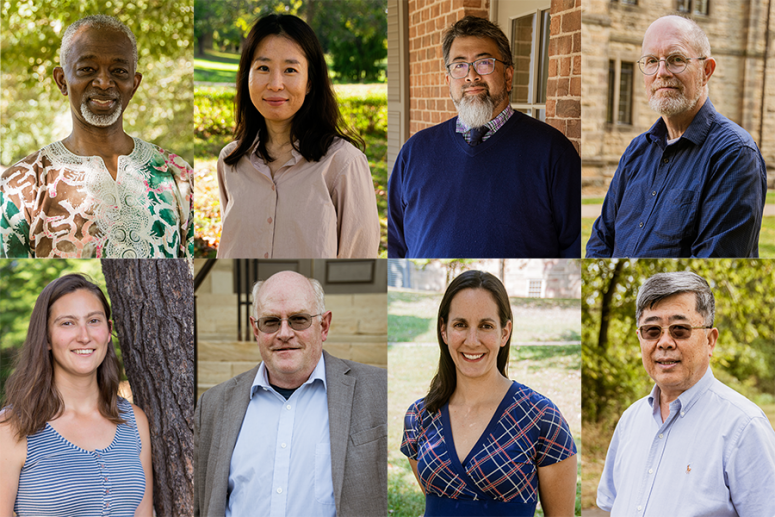