President Sean Decatur gave the keynote speech at the Ohio Civil Rights Hall of Fame induction Oct. 15, asking the audience at the Statehouse to consider what role education plays in advancing civil rights.

Studying the liberal arts has a connection to the issue because of the ancient belief that understanding the humanities, art and sciences makes us better citizens, he said.

“Making a complete education accessible to all of our youth — ensuring that we are developing not just workers, but citizens who are empowered to lead and make change in their communities — is an obligation of all of us,” he said.

Born in 1968, Decatur noted that he grew up after the expansion of civil rights to all Americans, when Jim Crow signs had been taken down. He never doubted his right to vote and had the chance to attend some of the best schools in the nation.

“As someone who has benefited a great deal from the work of those who have come before me, I have always felt the responsibility to do my part in the continuing struggle for civil rights,” he said.

“I grew up standing on the shoulders of the giants like those we are inducting here today.”

Decatur, accompanied by his mother, Doris Decatur, a math and science teacher who set an expectation that he would do well in school, said the world increasingly reduces education to job training. For example, he said the College Scorecard online tool released recently by the U.S. Department of Education evaluates educational success in terms of salaries after completing a degree.

Students rightly demand that their education benefits them financially and intellectually, and they have very real concerns about the difficult economy, rising tuition rates and high debt loads after graduation, Decatur said.

“But we must simultaneously recognize that education holds great value beyond its economic impact on an individual,” he said.

In response to narrow definitions of education, Decatur said he often draws from Martin Luther King Jr.’s writing about the idea of a complete education, including an essay he penned as an 18-year-old college student about the two-fold function of education.

“We must remember that intelligence is not enough,” King wrote. “Intelligence plus character — that is the goal of true education.” 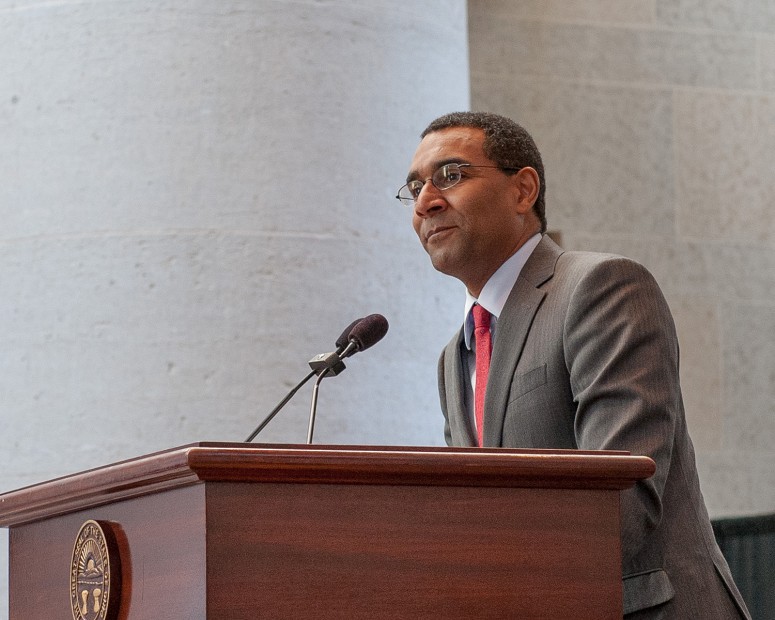