Jennifer Delahunty, dean of admissions and financial aid since 2003, is poised to pioneer regional representation for Kenyon on the West Coast.

Responding to the pull of demographics, Delahunty will become associate dean of admissions and will serve prospective students and their families in northern California, Oregon, Washington, Alaska, Hawaii, and the Southwestern states. Kenyon joins a trend among colleges by placing an admissions official as a regional representative in the key, population-growth areas of the country.

“Jennifer is among the best in the world of higher education admissions, and she has been a national advocate for ethical practices in admissions,” President Sean Decatur said. “While Kenyon will miss her invaluable contributions as dean, we are pleased that she will continue to play an important role in the admissions office. This transition has been well-planned, and the move will help keep Kenyon in play for the country’s top students.”

A search for a new dean of admissions and financial aid is expected to be launched in May.

Delahunty intends to move to Oregon, to be near her daughter Emma Britz ’08. In addition to her work with admissions, Delahunty will work with alumni in the region.

“Kenyon is in such a terrific place right now,” she said. “Our market position has never been stronger. With Sean, we have dynamic new leadership, and blue skies are on the horizon for Kenyon. I’m thrilled to be able to spread that news in the West.”

Delahunty expects California to eventually rival Ohio in the number of applications received. “The population is growing out there, and Kenyon is certainly much more of a presence than it has been in the past. This move is a recognition of the demographic shift.” And it signifies the end of a successful term as dean for Delahunty.

She counts the rise in student diversity among her achievements. The percentage of domestic students of color has more than doubled since 2003, rising to 19 percent of the last enrolling class. And the creation of an international recruiting program has led to unprecedented global reach, with admission offers this year to 91 students in 45 countries. The College received a record 6,627 applications this year and extended 1,631 offers. The acceptance rate was driven to a highly selective 24.6 percent.

“I’ve loved my work at Kenyon. Each class has been special in its own way,” Delahunty said. “Now it’s time for the admissions office to have new energy and leadership.”

Barry F. Schwartz ’70, chair of the Kenyon College Board of Trustees, worked with Delahunty for several years when he served as chair of the board’s Admissions and Financial Aid Committee. “Jennifer has played a vital role in elevating Kenyon’s national profile in admissions,” Schwartz said. “Her commitment to diversity, to encouraging first-generation students, and to international outreach has helped enrich the overall student experience at Kenyon. The classes she has delivered to our faculty are consistently composed of students who are academically first-rate, curious, interesting, and interested.”

Delahunty has been a “champion of inclusiveness,” said Ric S. Sheffield, professor of legal studies and sociology and former associate provost. Delahunty, he said, has practiced a philosophy that takes into account the value of the “whole student” beyond solely academic indicators. Sheffield served with Delahunty on the Board of Trustees Task Force on Diversity, starting in 2004, and they worked to create the board Diversity Committee, among other initiatives. “Jennifer has remained the committed and passionate voice for diversity at Kenyon, using her considerable professional reputation as a leader in college admissions, as well as the ‘street cred’ accorded to those who genuinely care about such things, to help the College plot an ambitious yet achievable course to achieve greater diversity,” Sheffield said. “Her compassion and thoughtfulness were demonstrated time-and-time again during the time that we worked together on senior staff.  She will be sorely missed, and the College owes her a huge debt of gratitude.”

Delahunty is a founding member of the Education Conservancy, a group that promotes educational values and resists commercial interference in admissions. She is an advocate for student-friendly and ethical admissions practices, and she has made it her mission to work closely with parents about their role in the admissions process.

She is the editor of I’m Going to College – Not You! (2010), a collection of essays for parents. She is an adjunct member of the Program of American Studies faculty and taught a course on first-person narratives. Delahunty has worked in higher education since 1982. She is a frequent and valued source for the news media, and her 2006 New York Times essay brought national attention to admissions gender issues. She attended Carleton College and earned a bachelor’s degree in history and a master’s degree in fine arts at the University of Arizona. She is also the parent of Madalyn Britz.

In her new role, Delahunty expects to make frequent return visits to Gambier. 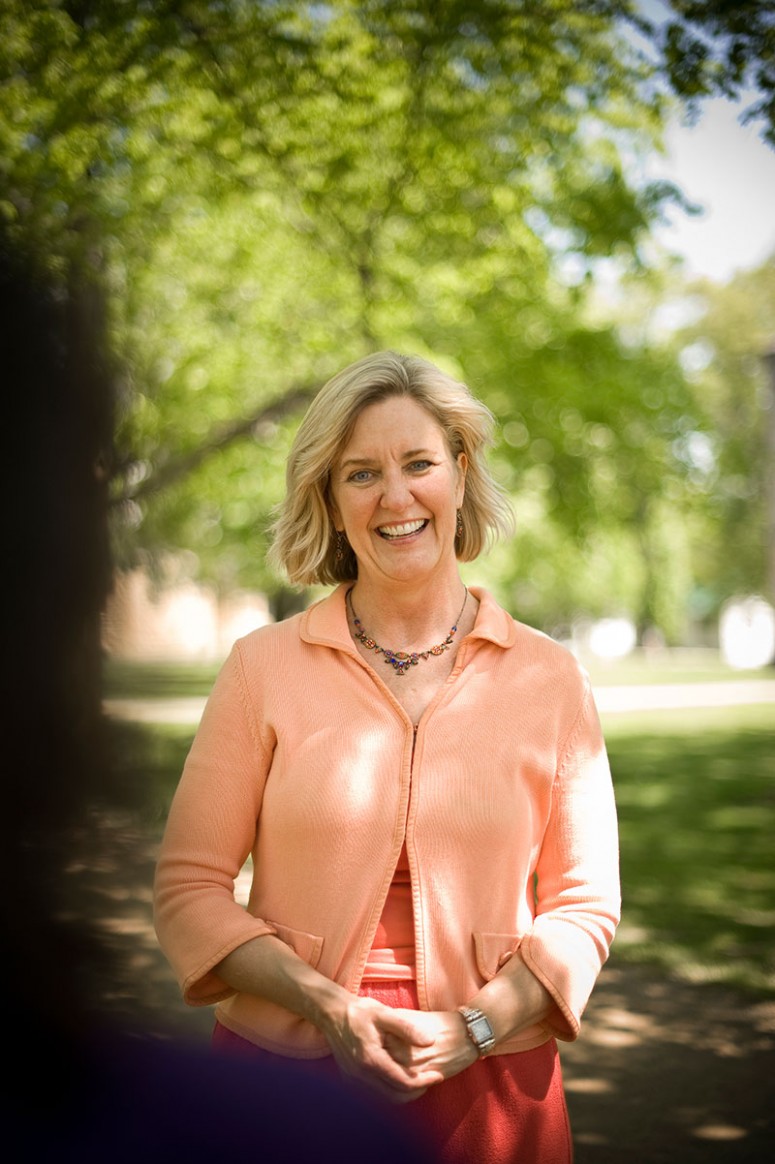