The first students have moved into new apartments being created by the Village revitalization project — serving as leads on the changes that will bring new retail and programming activity to the center of Gambier.

Ez Raider-Roth ’19, from Cincinnati, is co-manager of the new Unity House with James Lituchy ’20, from Encino, California. They said the new house behind Farr Hall is more accessible, has more storage and has vinyl tile floors that are easier to clean than the carpet in the previous location in the North Campus Apartments. Unity House serves to offer a supportive, educational, social and cultural environment to enhance awareness and acceptance about LGBTQ+ concerns.

“It definitely feels like an upgrade. We have a lot more room, and the kitchen is nice. It feels like a real house, like its own entity,” Raider-Roth said. Unity and the Snowden Multicultural Center next door each house eight students.

“It’s great to be much more central. We lost a lot of the south campus population from our events because of our location. The North Campus Apartments are also hard to navigate if you’re a freshman. They’re kind of a maze,” Raider-Roth said. “Now we’re on the way to everything. People will stop by.”

The new Unity and new Snowden were built behind Farr Hall as part of a plan to replace the 34 beds in Farr and to add retail spaces and Kenyon staff offices to downtown Gambier. The revitalization project has received philanthropic support from alumni including Robert W. Goldman ’63, a former member of the Kenyon Board of Trustees.

“When I was on the board, I was actively engaged in improving student housing, and I think we have been very successful at that,” said Goldman, who also contributed to the construction of the North Campus Apartments. “Infrastructure is a good investment. The new residential spaces and new retail spaces are good for everyone. If you want good students, you have to have good faculty, and you particularly have to attract good, young faculty. To do that, we needed more in the downtown.”

This summer also saw the completion of a new home for the Village Market on Chase Avenue, with apartments for 12 students on the floors above the grocery.

Jonathan Ennis ’88 contributed to the new student residences and said, “I am a residential multifamily architect, so I wanted to make a gift that made that connection. What I do now is partly because of what I studied at Kenyon.” He majored in physics and studio art and now, as an architect in San Francisco, has seen the popularity of mixed-use developments sweep the country and reach Gambier.

“It’s an idea as old as London. We’re going back to a time when you didn’t get up and drive to work, you lived on top of where you worked,” Ennis said. “Now we are seeing it as a sustainable design.”

The current phase of the downtown construction is the renovation of the south end of Farr Hall. The Kenyon Bookstore is temporarily housed in the north end of Farr and is slated to return to its traditional location in February with updated interiors, a new facade, a sprinkler system, updated lighting and a natural gas backup generator that will allow the bookstore to remain fully functional during an extended power outage. The renovated section of Farr will also have offices for the College’s information technology services staff on the second floor.

Following the return of the bookstore to its permanent home, the northern part of Farr will be demolished and replaced by three smaller, mixed-use buildings that have retail and restaurant space with student residences above. The Gambier Deli is scheduled to move into one of those spaces by August 1, and another retail space will open in the fall of 2018 as a casual restaurant and bar called Chilitos Fresh Mex and Margaritas. The restaurant is a venture by José Avalos, owner of the two Fiesta Mexicana restaurants in nearby Mount Vernon.

The student apartments being built in those new retail structures are scheduled to be ready for the spring of 2019. Goldman is glad to see the improvements whenever they are completed.

“When I came to Kenyon in 1959, I had a very small second floor room in Bexley Hall, which was still a seminary in those days,” he said. “The bells for the seminary students went off at 7 a.m. — unless we stuffed them with toilet paper. Let’s just say that from day one I have been concerned with the number and the amount of quality rooms for student needs.” 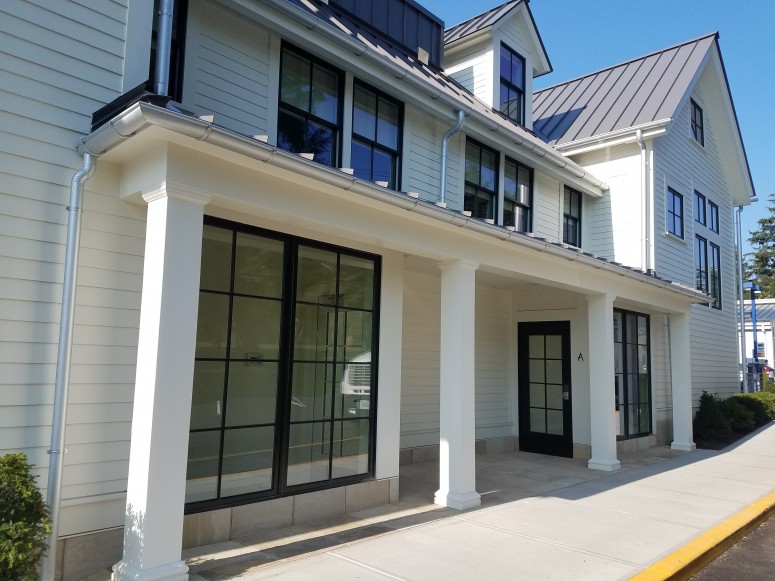 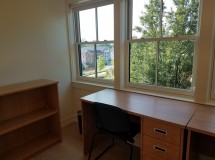 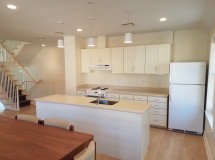