Kenyon’s Fools on the Hill comedy troupe will be joined by the Princeton Triangle Club for “Hilarity on the Hill,” an evening of music, sketches and improv comedy Wednesday, Jan. 28, at 8:30 p.m. in Rosse Hall.

The Triangle Club, whose past members include Jimmy Stewart and F. Scott Fitzgerald, has created musical comedy written and performed by students and directed and choreographed by professionals for more than 100 years. The troupe is making a special one-night stop at Kenyon as the group travels from Chicago to Pittsburgh on its annual January tour.

“It's a grand old organization — the oldest of its type — and we're very pleased about this visit,” said Tom Stamp ’73, College historian and a coordinator of the event.

The Triangle Club has numerous Kenyon connections, including Professor of Music Reginald Sanders who was a member during his undergraduate studies at Princeton. The Kenyon show is the result of a mutual effort between Sanders, Richard Brean ’70, president of the Princeton Club of Pittsburgh, and Allen Jackson P’08 P’11 P’15, Triangle’s alumni president. “We kicked the idea around,” recalled Sanders, “but this year we’re actually doing it.”

The Kenyon show will include some of the Triangle Club’s classic sketches as well as a few from this year’s show, An Inconvenient Sleuth, in addition to improv comedy by Fools on the Hill. Tori Rinker, student tour manager for the Triangle Club, emphasized the caliber of the performers. “Year round, we have such talented students and professionals,” she said. “We are creating an original, professional, full-stage show every year as undergraduates.”

Admission is free and open to the public. A reception will follow at 9:30 p.m. in Peirce Pub. For more information, contact Donna Maloney at 740-427-5197 or maloneyd@kenyon.edu. 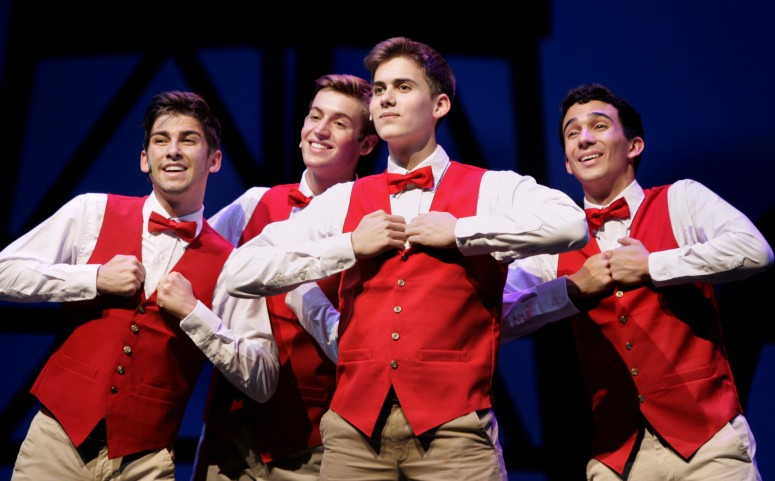