With a portfolio that combines her interests in art and data, Audrey Nation ’15 is the first Kenyon student to become a finalist for the Award of Excellence in the Visual Arts, hosted by the Association of Independent Colleges and Universities of Ohio (AICUO).

Nation, a double major in studio art and economics from Mount Pleasant, South Carolina, was nominated for the competition by Associate Professor of Art Read Baldwin ’84. “Audrey has a precision and clarity of vision that is quite exceptional for her age and stage of artistic development,” Baldwin said. “She has a facility in an impressive array of media, including photography, sculpture, conventional and technical drawing and mode-building.”

Nation is one of six finalists selected from submissions representing 50 AICUO institutions. The six artists are competing for a grand prize, including a $2,500 cash prize, awarded by a jury of Ohio visual arts community leaders. One of the winning artist’s pieces will be purchased by AICUO and displayed in the governor’s office for one year. Nation’s work also competes with 27 other nominated works for a people’s choice award, measured by online votes. The awards will be announced April 8.

Despite already having completed an extensive portfolio, which includes book art, advanced photography and even painted blinds, Nation finds her artistic vision hardly has been exhausted. “I’ve still got so many ideas to try out. It’s hard to pin down and explain what I’m primarily interested in or where I’m going,” she said.

Her vision of a redesign of Olin and Chalmers libraries that she worked on in Baldwin’s course, “Back to the Drawing Board,” — a piece not included in the submitted portfolio — hints at a possible architectural vocation, but Nation says she is keeping her options open with her double major. “If I don’t go into a career specifically involving art, that’s also fine — so long as I get to be creative in some way." 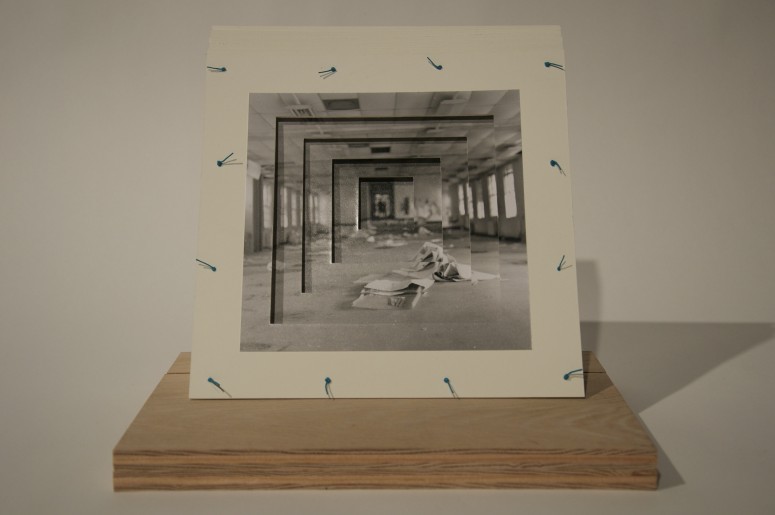 "Vanished," part of Nation's portfolio submitted to the competition. 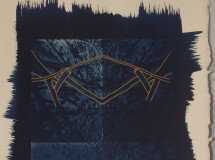 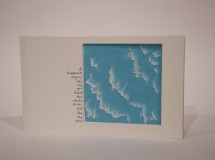 Detail of "In Waves" Detail of "On Being Nervous"