The Kenyon College Dance and Dramatic Club puts its own spin on “Uncle Vanya,” the traditional melodrama by Anton Chekhov, in the Bolton Theater at 8 p.m. Thursday, Feb. 2, Friday, Feb. 3 and Saturday, Feb. 4.

The play, adapted by Pulitzer Prize winner Annie Baker, is directed by Benjamin Viccellio ’98, associate professor of drama and film. The performance transports its audience to a country estate in Russia and explores themes of unrequited romance, dreams deferred and environmental decay before the Russian Revolution.

Viccellio said one of the hardest challenges the cast has faced is whittling down the usually three-hour production into a more modest commitment for today’s audience.

“We’ve worked very hard to put a strong and ferocious engine underneath this play, so it is going to move very quickly,” Viccellio said.

Chekhov plays are notoriously challenging for performers because of their intense detail. Actors must fully understand the minutia of their characters in order to properly realize their roles.

For actor Alex Kirshy ’17, a drama and English major from Hopkinton, Massachusetts, the opportunity to perform in a Chekhov play serves as a capstone to his Kenyon education. Two years ago, Kirshy, who plays the titular character, took a Chekhov class taught by Viccellio. He is excited to bring to life a character he learned about and interpreted through his coursework.

“It’s tremendously rewarding,” Kirshy said about playing a character he has previously studied. “You spend a lot of time trying to figure out what something means. Then you find it, and it feels really good.”

The cast and crew have been rehearsing the play since October. Derek Foret ’17, a math and physics major from Washington, D.C., and the production’s stage manager, believes the play will provide modern audiences with an experience different from that which they have come to expect in the theater. “I think it’s going to be a really great show,” he said. “It’s definitely one that demands an attentive audience. If you're willing to be that sort of audience, it will be an extremely fulfilling experience.”

Tickets are $7.50 for general admission; $4 for seniors, non-Kenyon students and children under 12 and $2 for Kenyon students. To reserve tickets, contact the box office at 740-427-5546. The box office is open 1-5 p.m. weekdays and one hour prior to performances. 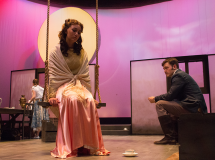 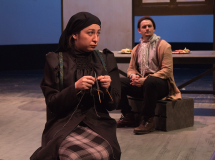 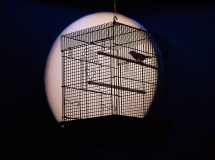