Dowd, who won the 1999 Pulitzer Prize for distinguished commentary, was introduced by Assistant Professor of Political Science Jacqueline McAllister. “Whether you love or hate her, it is undeniable that her columns force everyone to look a little harder at the politicians behind the curtain,” said McAllister, who submitted the proposal to the Faculty Lectureships program to bring the columnist to campus.

Dowd was joined by veteran journalist Carl Hulse, the chief Washington correspondent for the New York Times, who moderated the event. Dowd and Hulse conversed for half an hour, bantering about topics such as Republican presidential nominee Donald Trump’s demeanor, their personal experiences with both Trump and Democratic presidential nominee Hillary Clinton, the divisive nature of the election, and what the campaign means for gender and politics.

“We’ll always remember this as the campaign that got rid of all the gender stereotypes,” Dowd said.

Audience members were invited to ask questions at the event and on Twitter using #AskMaureenDowd. Questions addressed the future of the Supreme Court, the tone of Dowd’s columns, the role of Bill Clinton as a potential presidential spouse, and the ethics of publishing private emails.

After the conversation, audience members were invited to a reception in Storer Hall’s Stroud Lobby, where Dowd signed copies of “The Year of Voting Dangerously,” her recent book examining the tumultuous 2016 campaign.

During Dowd’s 33-year tenure as a columnist and reporter for the Times, she has covered seven presidential campaigns and served as White House correspondent. Her work also has appeared in GQ, Vanity Fair, Rolling Stone and Sports Illustrated, among other publications. She is an equal-opportunity critic, skewering politicians from both sides of the aisle with her acerbic prose. 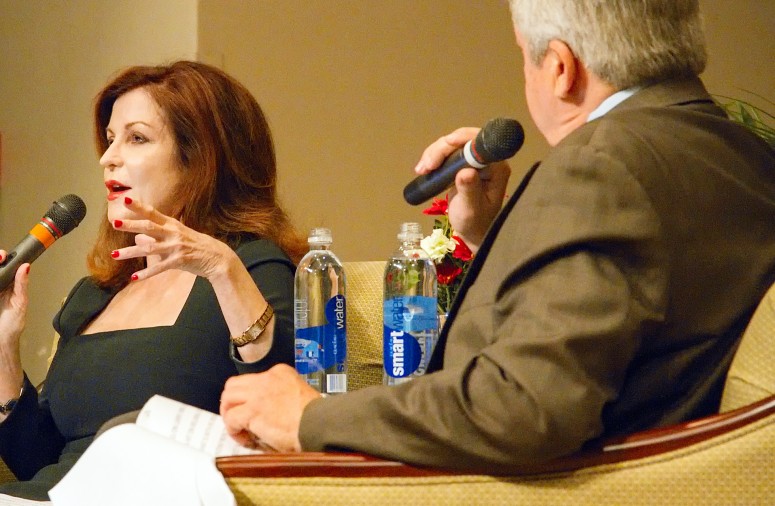 Photos from A Conversation with Maureen Dowd Maureen Dowd signs copies of "The Year of Voting Dangerously." 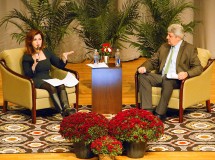 Christopher Paludi '20 asks a question during the audience Q&A. Maureen Dowd and Carl Hulse address the audience in Rosse.