Participating in an Inside Higher Ed podcast, “Anonymous Offensive Speech,” President Sean Decatur addressed the issues that campuses face in dealing with anonymous statements made on social media platforms like Yik Yak. He joined Eric Stoller, social media strategist and blogger, and Scott Jaschik, co-editor of Inside Higher Ed, for the Oct. 10 program. Moderating was Casey Green, founding director of The Campus Computing Project.

Here are excerpts of the podcast:

Green: Do institutions have an obligation to monitor social media for offensive language and postings and is there an institutional responsibility to respond?

Decatur: Institutions have responsibility of being aware of what’s being posted online, of being on alert, especially for comments which are aimed to inflame the community or that run counter to community values. And most importantly, to comments that raise concerns for student safety on campus, conversations that are aimed or targeted at particular students, and  comments from students who are anonymously reaching out via social media because they are in crisis in some way. In those cases, we also have obligations to be sure that folks from the community are aware of both community standards and resources available for support on campus.

Green: This puts institutions in a participatory mode of having to find this before it happens. Is that a fair summary?

Decatur: I think that our approach has been making sure that we get the information out on what resources and support are available on campus. For example, on not just Yik Yak but on a range of other social media that students use, some of our Peer Counselors monitor and participate in those sites and, if they see any postings that suggest that a student is reaching out for help, our Peer Counselors respond immediately with information as an attempt to reach out to that student to see if that student, not in a public forum but in a quiet way, would like to make contact with a Peer Counselor.

Green: If it’s a role of institutions and an obligation to monitor these sites, who should be doing that? You mentioned peer counselors at Kenyon.

Decatur: There are some challenges. One, as Eric mentioned, proliferation of these types of sites and the ways students can post things is constantly expanding, so there is a real challenge that the institution can’t watch everything all the time. But I do think having a mechanism of making sure that someone is paying attention to the student conversations and the discussions of content going on around campus, whether through social media or other sources, is important and that the information is made available and brought to the attention of the administration. I’d also add that the big challenge here for our institutions is not only responding case-by-case to incidents that are happening on social media, but changing culture on campus. That’s been the conversation at Kenyon. In one camp, we can make calls for civil discourse on campus and for people not to engage in abuse on social media but, at the same time, we also have to recognize that those behaviors reflect underlying cultural issues that our campus needs to be aware of and try to address. That cultural change of making sure that everyone sees, for example, that racist, sexist and homophobic comments are not acceptable on campus—that’s the longer term piece that all institutions need to work on.

Green: Based on your experience at Kenyon and your conversations with other presidents where this has occurred, do these efforts of civility really make a difference, or are they palliative?

Decatur: I think that, at least from my experience at Kenyon, it’s too early to tell how we’re raising this as an issue. Part of the larger call for civility, though, has to be something that’s embraced by the majority of the student population. It can’t be something that’s seen as the administration lecturing to the students. To be successful, these approaches have to be education-driven and structured in such a way to get students on board and students in positions of leadership and expressing their voices on what’s important to them about campus discourse. It doesn’t mean that administration and faculty take to the sidelines, but that they work with students to help them take ownership and raise their voices on this issue.

For more of Decatur's views on this topic, read his Sept. 30 blog entry, "Let's take back more than just the night." 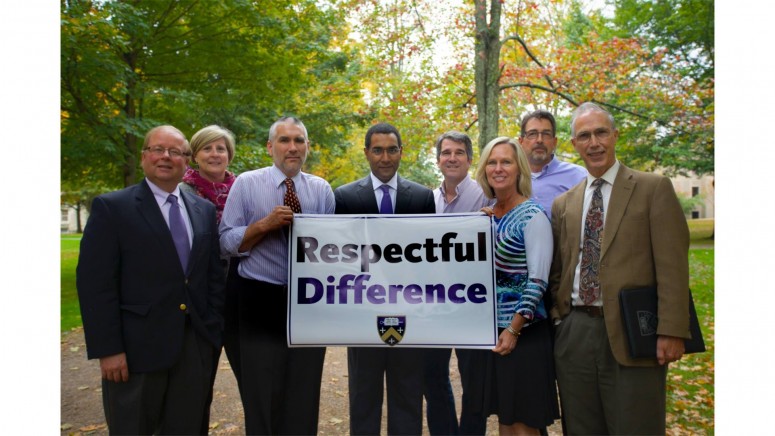