An affection for the Kenyon Review was added incentive for Bryson, widely known for his reflections on life in the Midwest and his books on travel, language, and science.

“Being asked to deliver a commencement address is a great honor and a huge responsibility, so I am looking forward to it eagerly but nervously,” Bryson said. “I know Kenyon only by reputation. I have long been an admirer of the Kenyon Review.”

Bryson was, indeed, reading his personal copy of the international literary journal when he was invited to speak at Kenyon, said James Keller, associate professor of chemistry, chair of the faculty, and a member of the Commencement speaker selection committee. The committee included faculty, staff, and students and made its recommendation to President Sean Decatur, who extended the invitation.

Bryson’s selection was embraced by the Class of 2014. “I think it’s a good choice,” said Ben Jacoby ’14 of University Place, Washington. “It should be interesting.”

“Looking at what he’s written and reading snippets from a bunch of his books, I think he’s full of life advice,” added Senior Class President Leland Holcomb ’14 of Milford, Connecticut. “I think he’s a guy who’s been there, done that in a really interesting way.”

Bryson’s work spans genres from language to science to biography. He is best known for his travel books, including Neither Here Nor There (1991) and A Walk in the Woods (1998). Bryson showed his considerable range with the popular science book A Short History of Nearly Everything (2004). His most recent book, released last year, is called One Summer: America 1927.

He has a reputation as a keen observer of the intricacies of the world. “Because it is our everyday life and because we do take it for granted, it seems to me it is almost instinctively naturally, innately interesting,” Bryson told Stephen Colbert during a 2010 episode of The Colbert Report, in a segment discussing Bryson’s book At Home: A Short History of Private Life (2010).

After moving to England in 1977, Bryson worked as a journalist and editor. He later served as chancellor of Durham University, from 2005-11, and Durham renamed its library in his honor in 2012. Bryson has been the recipient of a number of awards, and in 2013 became the first non-British citizen to be named an honorary fellow of the Royal Society. He has also received the President’s Award from the Royal Society of Chemistry; an honorary Order of the British Empire; the Aventis Prize and Descartes Prize for science writing; the James Joyce Award; and the key to Des Moines, Iowa – the city of his birth. He chronicled his childhood in his memoir The Life and Times of the Thunderbolt Kid (2006). Bryson’s son and daughter-in-law attended Denison University. 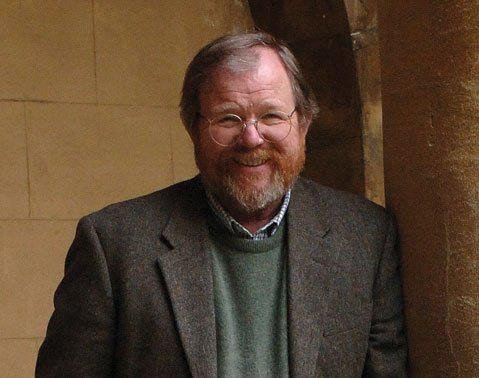