"A Girl Walks Home Alone At Night” breaks just about every rule of successful filmmaking. It was shot in black and white, is spoken in Farsi with English subtitles, and features virtually no gore despite being about a vampire. Yet this quirky art film, edited by Alex O’Flinn ’03, found not only critical acclaim, but also a national distributor. It was released in Los Angeles and New York last week and opens for limited runs nationally, including in Columbus, Ohio, on Friday.

"It's like nothing you’ve ever seen before,” said O’Flinn, who lives in LA. Critics agree. The New York Times called it “a rock ’n’ roll Persian feminist fable” and “Jim Jarmusch-like cool.”

O’Flinn said he worked closely with the film’s director and screenwriter, Ana Lily Amirpour, to get the right look and feel. “We spent a lot of time talking about our favorite artists and films, and what made us passionate about their work. This part of the process is so crucial, because you are learning how to speak each other’s language, and develop a shorthand.

“Once we got into the raw dailies for ‘A Girl,’ the conversation began to migrate to how can we tell the most compelling story with our material,” he added. “With editing, the most time-consuming part is not the actual editing. It’s figuring out what you actually want to do.”

O’Flinn, an English major at Kenyon, met Amirpour while working on his master’s degree in fine arts in film production at the University of California, Los Angeles. “Girl” was O’Flinn’s third scripted feature film editing credit. He’s since edited a feature-length documentary and is currently editing the feature film “One And Two” for director Andrew Droz Palermo, who took home the Sundance Grand Jury prize last year for his feature documentary “Rich Hill.”

O’Flinn was this year’s recipient of the Sundance Institute’s Sally Menke Memorial Editing Fellowship. “I love editing because it allows you to collaborate with so many artists with different visions. And you get to talk about stories all the time. It’s not a bad gig.” 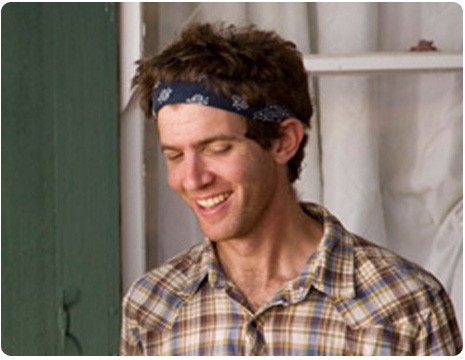