This summer the former bank building on Chase Avenue that housed the Black Box Theater will come down, and the theater’s new home will go up next to the Craft Center on the north part of campus.

The new theater building will be 2,000 square feet and is expected to open in September 2016 with universal access, which was lacking in the old bank building that dates to 1905.

“A plethora of student-run theater organizations, combined with a high number of drama majors, student interest and initiative, indicate that Kenyon has always been a hub of theatrical activity,” said Balinda Craig-Quijada, chair of the Department of Dance, Drama and Film. “A flexible Black Box serves that and is also used as a teaching space for several drama classes and is a site for faculty-student collaboration and learning.”

“They were open to tweaking the design to better meet our needs for a convertible performance and classroom space that can be used for theater productions as well as classroom lab for classes like ‘The Lighting Designer’ and ‘The Actor,’ ” she said.

The performance and audience space in the old bank building was 750 square feet and will be 900 square feet in the new building, Millam said. Pending final design, it could seat about 90 people, he said.

The lighting grid for the theater will rest 14 feet above the floor. There will be a curtain but no raised stage or permanent seating in the performance space. The new theater will have a dressing room, two storage rooms and a green room for actors waiting to perform.

The Black Box Theater is used for three to four productions a semester, and one or two drama classes use it each semester. The final show in the old bank building was [title of show], a musical about young people writing a musical, performed April 30-May 1 by the student drama group Brave Potato Productions. It typified Black Box productions with its spare, conceptual set and metafictional dialogue that broke the fourth wall between cast and audience.

Kohlman said no trees will be removed to make way for the building and no zoning code variances will be needed.

The Division of Student Affairs, not the drama department, will manage the new theater building.

The building at the corner of Chase Avenue and Brooklyn Street was vacated by Peoples Bank in 1998. The College bought the building that year, and at various points it has housed the Offices of Human Resources and Student Accessibility and Support Services. But accessibility is a problem, and its dank basement was ill-suited to storage of College records.

Construction of a new 5,850-square-foot building on that site, with the relocated Village Market on the first floor and apartments for 12 students on the upper floors, is projected to be completed by the fall of 2017. 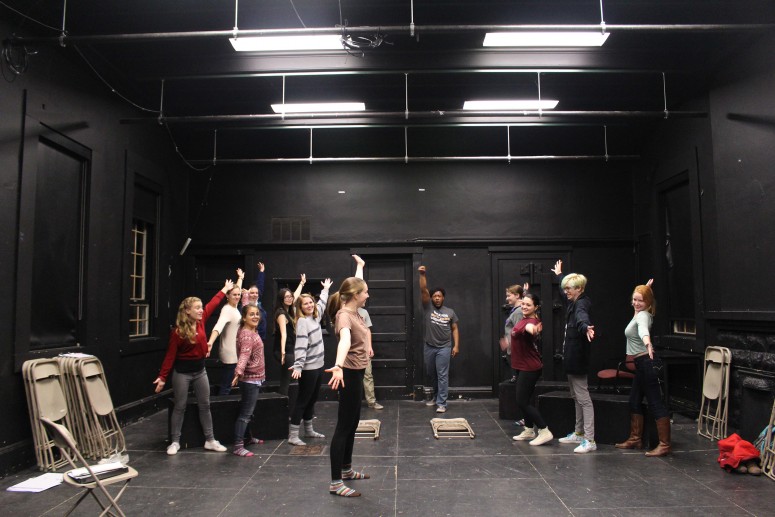