Dubrovic joined the College in 2008. His fields of research and study are Italian language and literature, Renaissance poetry, literature of the 19th and 20th centuries and Italian cinema.

Giblin arrived at Kenyon in 2009. Giblin is a physicist, particle physicist and cosmologist.

Kilic-Schubel joined Kenyon as a visiting professor in 2000 and became an assistant professor in 2008. Her area of study focuses on political culture, state formation, and Islam in medieval and early-modern Central Asia.

Landry arrived at Kenyon in 2008. He is trained in multiple national traditions and periods as well as second-language acquisition, and he has taught literature and language courses. Landry contributed to the creation of the Comparative World Literature concentration.

Riegart joined Kenyon in 2008. He teaches German language, literature and culture at all levels and has taught advanced courses on the representation of the Holocaust, history of German film, and German women writers.

Schoenfeld joined the faculty in 2008. She teaches courses in American literature, particularly writers of African descent, and she specializes in representations of the mulatto in American fiction and culture.  She was the holder of a Marilyn Yarbrough Dissertation Fellowship at Kenyon in 2004-05. 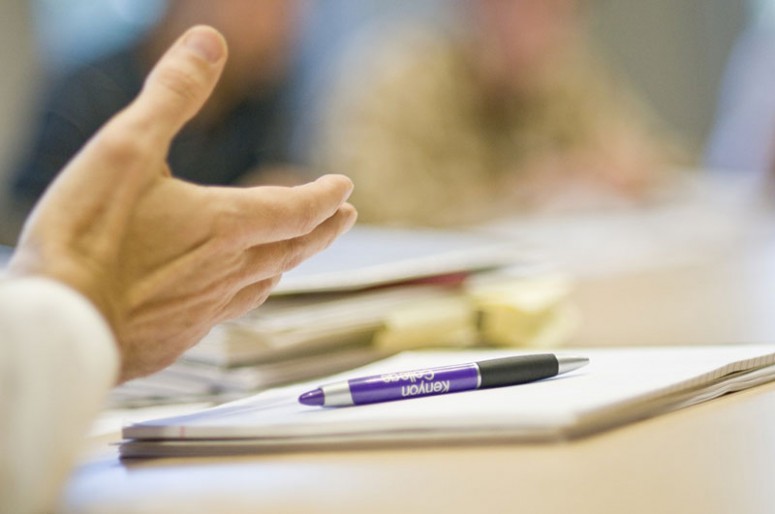