History repeats itself Monday, Oct. 13, when Civil War scholar Allen Guelzo delivers a talk near the Civil War Soldiers Monument on the public square in Mount Vernon. The subject of Guelzo’s presentation, set to start at 11:30 a.m., is a speech given by U.S. Rep. and Civil War opponent Clement L. Vallandigham at the same spot on May 1, 1863 — an event commemorated by a historical marker.

As the leader of anti-war Democrats known as the “Copperheads,” Vallandigham “was one of the most colorful characters of the Civil War period,” said Guelzo, Henry R. Luce Professor of the Civil War Era at Gettysburg College.  “He was dashing and slick, and, boy, did he know how to appeal to local constituents.”

Guelzo’s visit is sponsored by the Kenyon Center for the Study of American Democracy. His talk in Mount Vernon precedes a lecture titled “Abraham Lincoln and the Presidency” at 7:30 p.m. in Community Foundation Theater in Gund Gallery.

“Guelzo is an impressive historian who has won lots of awards, including the prestigious Lincoln Prize (in 2000 and 2005 for best work of the year about the Civil War), and he has even been on ‘The Daily Show.’ We’re excited to have him,” said Thomas Karako, director of the Center for the Study of American Democracy. “There is a lot of community interest in his appearance because it taps into the love people in this area have for local history. They are eager to learn more about what happened here in Mount Vernon.”

A crowd of 10,000 showed up for Vallandigham’s speech more than 151 years ago. “It was really a crossing-the-line speech,” Guelzo said, “in which he plainly condemns Lincoln and conscription and urges resistance. He tells the Union soldiers to desert because they were fighting the wrong cause.”

A short time later, Vallandigham was arrested for treason, was expelled to the Confederacy and eventually traveled to Canada, where he ran an unsuccessful campaign for governor of Ohio. After the war, he returned to his private law practice and accidentally shot himself during a murder trial while demonstrating how the defendant pulled a pistol.

“If you made a movie of his life, it would have to be a comedy,” Guelzo said. “I like him because I dislike him so much. He was obnoxious, but in this utterly charming way.”

For his lecture in Gund Gallery, Guelzo will focus on Lincoln’s use of war powers. “Lincoln had to invent these war powers because nowhere does the Constitution talk about them,” he said. “The Civil War required him to take actions that were unprecedented. He laid down the parameters that we still argue about today.”

Guelzo said he welcomes the opportunity to visit the historical site in Mount Vernon because “to see the physical environment where Vallandigham spoke adds immeasurably to a historian’s mental reconstruction of what happened at that event.”

He promised to bring a special guest with him, at least in spirit. Vallandigham “is going to make a cameo appearance,” Guelzo said. “You don’t do something like this without getting a character like him in there.” 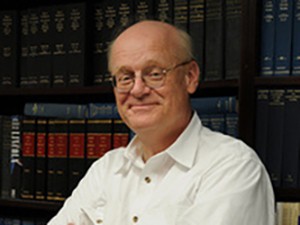