Willa Sachs ’16 of Chicago began teaching herself French at the age of 12. Lila Greco ’15, from Westlake, Ohio, decided in kindergarten that she wanted to be a mathematician. Both are this semester’s recipients of the Franklin Miller Award, which recognizes students who make valuable contributions to various academic aspects of Kenyon.

Sachs was nominated for the award by Professor of French Mortimer Guiney and Assistant Professor of French Pierre Dairon. Though Sachs is a sociology major, French is a prevalent part of her life. “I began by teaching myself French through little books I checked out in the library when I was 12,” she said. “I have memories of when I was supposed to be in bed, and I would be conjugating verbs under the covers.”

At Kenyon, Sachs has co-founded Club Français with two friends and worked with the international organization Alliances Françaises, teaching French language and culture to kids. She will be studying abroad in Paris this spring.

Greco, a mathematics major, was nominated for the award by the Math and Statistics Department. She has participated in the Summer Science Scholars program and researched Brownian motion in the complex plane with Assistant Professor of Mathematics Marie Snipes. “It was really neat to just get to immerse myself in a problem for several hours a day for eight weeks or so,” Greco said. “I really enjoyed getting to ask my own questions and investigate what I was interested in and curious about.” She presented her work this summer at MathFest in Portland, Ore., and was given an award from Pi Mu Epsilon for being one of the best student speakers.

Greco, who started tutoring at the Math and Science Skills Center as a first-year student, is in the process of applying to graduate schools for a doctorate in mathematics that she hopes will lead her into a teaching career. “There’s just a great sense of fulfillment, I think, in knowing that you helped somebody else understand something difficult,” she said.

Greco and Sachs each will receive $250 for the award, which was established by Edward T. “Chip” Ordman ’64 in honor of the late Franklin Miller, Jr., a beloved physics professor. 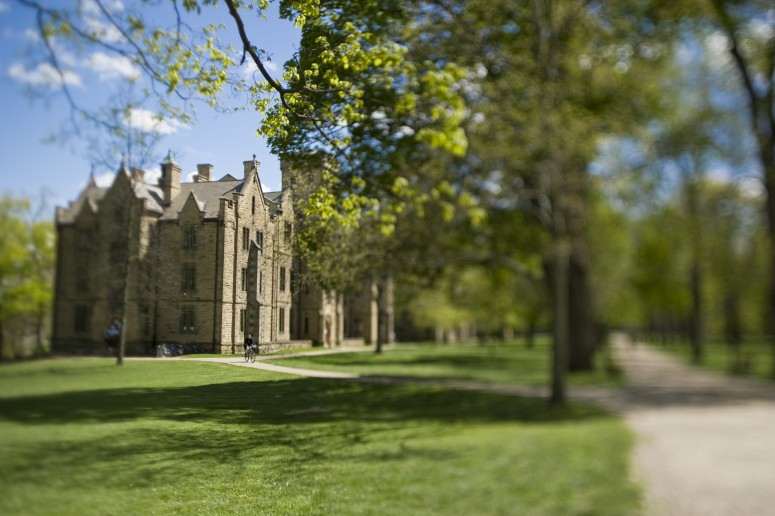