For the third time in the past seven seasons, the Kenyon College baseball team boasts an Academic All-American. The College Sports Information Directors of America (CoSIDA) has announced Kyle Hardacker ’15 as one of just 33 NCAA Division III student-athletes to be named to the 2015 Capital One Academic All-America Baseball Team.

To be eligible for Academic All-America consideration, a student-athlete had to be a varsity starter or key reserve, had to maintain a cumulative grade point average of at least 3.30 on a scale of 4.00, had to reach sophomore athletic and academic standings, and had to be nominated by his or her institution's sports information director. Additionally, a student-athlete had to be previously voted to the first team of an Academic All-District squad, an accomplishment Hardacker attained twice in the last three seasons.

The 2015 Capital One Academic All-America Baseball Team was broken down into three 11-member teams. Hardacker, the Lords' first baseman for the majority of the 2015 season, was named to the third team.

On the field, Hardacker was Kenyon's season leader in home runs (4) and RBIs (38). He posted a .354 batting average to go along with 24 runs scored, 15 walks and a .424 on-base percentage. Those numbers capped off a four-year collegiate career in which Hardacker now ranks second all-time at Kenyon in hits (208) and RBIs (131). He also possesses top-five Kenyon career marks for doubles (39) and total bases (283), as well as owns the program's sixth-best career batting average (.375).

In addition to his academic accolades, Hardacker was recognized as a three-time All-North Coast Athletic Conference player and a 2013 Rawlings/American Baseball Coaches Association All-Region honoree. 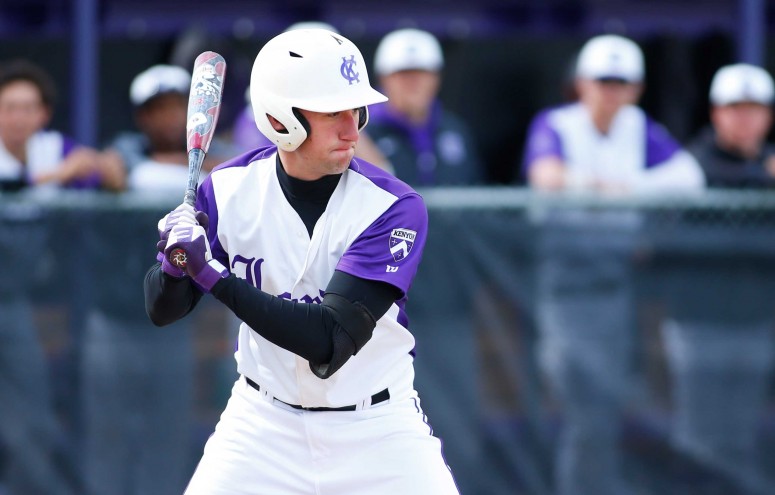