From the Hill to her own lab, Elizabeth Boon ’97 is transforming the way scientists think about bacteria. Boon, an associate professor of chemistry at Stony Brook University, returns to Kenyon this week to discuss her research involving nitric oxide (NO) and how this molecule has been linked to the formation of potentially harmful communities of bacteria called biofilms.

On Wednesday, April 5, at 7 p.m. in the Gund Gallery’s Community Foundation Theater, Boon will give a talk titled “When Bacteria Understand the Meaning of NO.” She also will give a more technical lecture April 6 at 11:10 a.m. in Higley Hall Auditorium. Both events are free and open to the public. Prior to her visit, Boon answered questions about her biofilm research.

What exactly is a biofilm?

Most people think of bacteria as single-cell organisms that kind of do their own thing, but it turns out most bacteria, most of the time, are not living on their own. They are living in communities called biofilms. They’re usually attached to a surface, although they don’t have to be. It’s a group of bacteria living within this slimy coating, which they make themselves.

How does your biofilm research relate to contemporary public health issues?

How did you get involved in biofilm research?

We’re trying to understand how nitric oxide affects biofilm, and I came into biofilm from that angle. I had been studying nitric oxide in humans as a postdoc, and around 10 years ago, a number of research groups published research papers that documented bacteria leaving biofilms when they were exposed to low concentrations of nitric oxide. No one really understood why. So that’s how I got into biofilms; I first saw this interesting observation that nobody could understand, so I started learning more about biofilms. 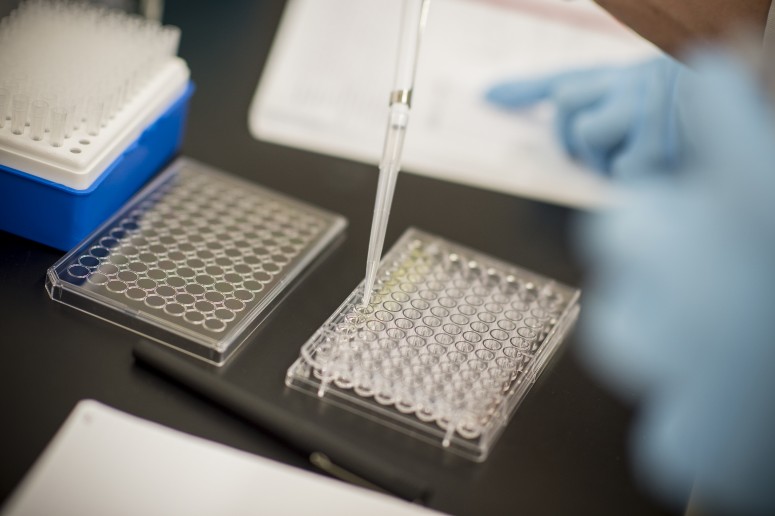