Eric Thornton ’18 will study Arabic in Tangier, Morocco, this summer thanks to a U.S. Department of State Critical Language Scholarship.

Thornton, of Columbus, Ohio, is one of 560 students in the country to receive the scholarship that aims to expand the number of Americans mastering foreign languages deemed critical to global politics and the economy. Each scholarship recipient spends eight to 10 weeks abroad studying languages that include Azerbaijani, Bangla, Hindi and Urdu.

Thornton, an international studies major, attended a high school with many Somali and Arab students and was determined to study Arabic in college. “I was really interested in the culture,” he said. “It was particularly relevant to living in Columbus.”

Thornton has studied Spanish for six years and continues to do so at Kenyon. In the fall, he took an Arabic course taught by Assistant Professor of Arabic Jennifer Nichols. “Initially, it’s pretty hard because the alphabet is entirely unique,” he said. “At first you have to work just to associate certain symbols with their sounds. It’s totally unlike learning Spanish. It’s not at all like learning a language with English letters. It’s like learning a code.”

Nichols recommended him for the scholarship and encouraged him when he doubted the effort. Now he is excited to see the cosmopolitan culture of Tangier, which went through long French and Spanish occupations. “Tangier has mosques alongside huge cathedrals,” he said.

In the past decade, the State Department program has sent more than 5,000 American undergraduate and graduate students overseas for group-based intensive language instruction — at least 20 hours each week. The program covers airfare and room and board with a host family, and students earn academic credit through Bryn Mawr College.

Thornton may use his language skills in the future to teach English as a second language in an American school.

He also is a long-distance runner on the Lords track and field team and is a member of the cross-country team. 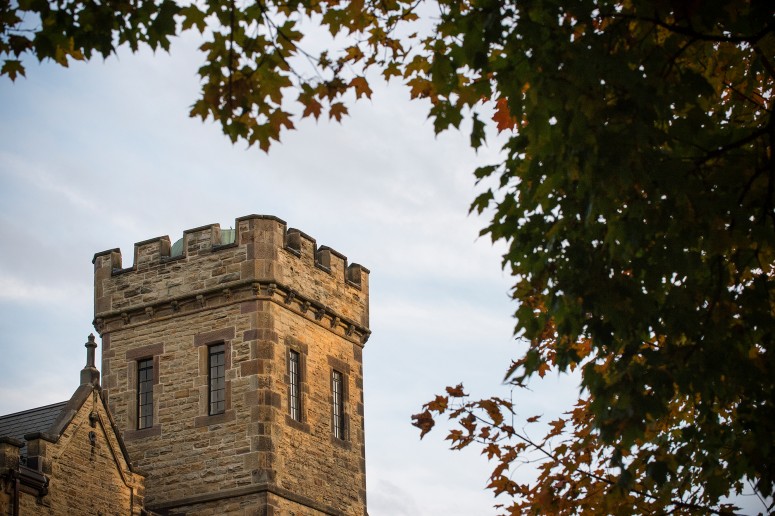