The first alumna in our series is Elly Deutch Moody ’08, digital communications manager for the McDonald’s Corporation. Now based in Chicago, Moody majored in studio art and minored in anthropology at Kenyon.

How did Kenyon prepare you for your life and career?

While I didn’t fully grasp this during my time at Kenyon, the opportunities I’ve received from earning a liberal arts degree have opened up more doors for me in my career than I would have ever imagined. Attending such a well-regarded institution allowed me to excel above and beyond some of my fellow colleagues in the workplace because above all, I learned to write, to be a critical thinker and to apply myself well.

I have always been an ambitious person, which is what helped me succeed at Kenyon and beyond, but I did not know the true power of my tenacity until I entered the workforce after college. I would have never guessed that a bachelor’s degree in studio art and anthropology would have led me to the career that I have today in digital marketing and communications at one of the largest companies in the world, McDonald’s Corporation.

What was your favorite Kenyon moment? Or your least favorite moment?

I have a lot of favorite moments from my tenure at Kenyon, but one of my all-time favorites was actually not when I was in school but when I stayed on campus after the year had ended. As I was studying film and video production, I was asked to assist with a new documentary that was being filmed about the Class of 1973, which was the first graduating class of women at Kenyon. It was an eye-opening experience for me to learn about the challenges of being a female in the first co-ed class at Kenyon, including but not limited to the misogyny of some of the men that went to school there at the time.

That said, there were many avid supporters of this co-ed class, and the influence that this movement had on the future of Kenyon (and other universities and colleges, for that matter) changed higher education forever. After being part of this experience during Reunion Weekend for the Class of ’73, I understood more about the values and traditions that are so vital to the culture of Kenyon. I am forever grateful for this experience and others at Kenyon that curated my experience beyond what I could have ever imagined.

How do you find and feel your power? Where did you first discover it?

My power comes from my mantra around always having strength in numbers, which is why I’m such an advocate for a whole always being greater than the sum of its parts. Having grown up playing sports all my life has fostered a mentality in me around always wanting to be part of something greater than myself — a team.

While at Kenyon, I was a center-mid on the women’s soccer team, the most central position that supported the other 10 women on the pitch. We developed a family-like bond, which allowed us to grow and develop to the point where we actually won first place in the North Coast Athletic Conference — a feat that hadn’t been done in 20 years at Kenyon.

This was truly a life changing experience for me, and although I had won tournaments and athletic endeavors previously, was a turning point for me to fully understand how a group of people can overcome anything together if they put their minds (and bodies) to the task at hand.

Read about the next woman in our series: Larae Bush Schraeder ’97. 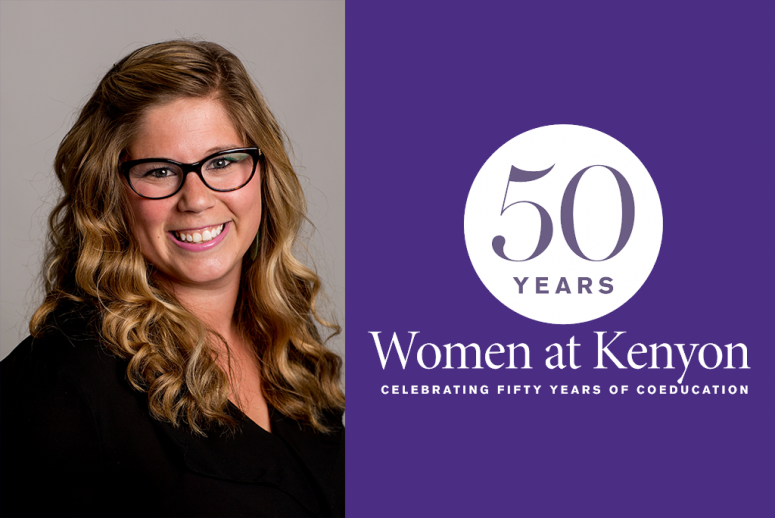 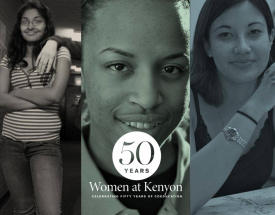