The 13th alumna in our series is Tricia Shimamura ’11. A sociology major and studio art minor from Reno, Nevada, Shimamura also holds a master’s degree in social work from New York University. Previously a deputy chief of staff for Rep. Carolyn Maloney, Shimamura now works in the Office of Government and Community Affairs at Columbia University, and also founded the women’s leadership organization She Will Rise. A member of Manhattan Community Board 8, she’s currently running for New York City Council.

I’m a new mom who’s also running for elected office — a pretty demanding combination that’s forced me to learn some important lessons about effective time management and getting a lot done quickly. I’m still perfecting the art of sending work emails while also cleaning bottles, doing a load of laundry and texting supporters about my next campaign event, but I’m hopeful I’ll get there. I’ve also gained perspective about what’s most important in life and have been realizing the difference between the absolute priority items and the small stuff that’s not worth the stress. What’s remained a constant for me is my family, my friends and my community.

When I started speaking to young women through She Will Rise, I realized there was so much power in grassroots organizing and working alongside other compassionate and powerful women. Looking back, I realize I started feeling this power at Kenyon when I joined the sorority Epsilon Delta Mu, which was full of incredible young women who wanted to make an impact and generally leave the world a better place. These young women inspired me then, and they still do today — a few of the sorority sisters I had at Kenyon joined me in New York to form She Will Rise as co-founders, and many of them have continued to support me as I begin my campaign for City Council.

I will forever be grateful to the three female professors in the sociology department who were my mentors and constant source of support: Marla Kohlman, Jan Thomas and Jennifer Johnson. I was a first-generation college student who was a long way from home. These three professors opened up my world and challenged me to think critically, ask questions and carefully consider where I could have an impact. They also opened up their homes to me and made me feel like I belonged. They looked out for me, fed me, helped me find odd jobs around campus and even gifted me a bike at one point. They anchored my Kenyon experience and I credit them for inspiring my passion for social justice. I still periodically update them on my life (the Kohlman family were the first ones to learn about my interest in running for office), and I encourage every Kenyon student I meet to take a class with them.

A few years ago a young New York State assemblywoman told me to speak up, speak clearly and never allow anyone to take credit for my contributions. Too often women’s voices are overpowered by men who think their ideas are more deserving of everyone’s time and consideration. The only way we change this is to call it out when it happens.

My worldview is constantly evolving as I meet more people and continue a career in public service. I hope this never changes.

Read about the previous woman in our series: Emma Welsh-Huggins ’17

Read about the next woman in our series: Laura King ’86 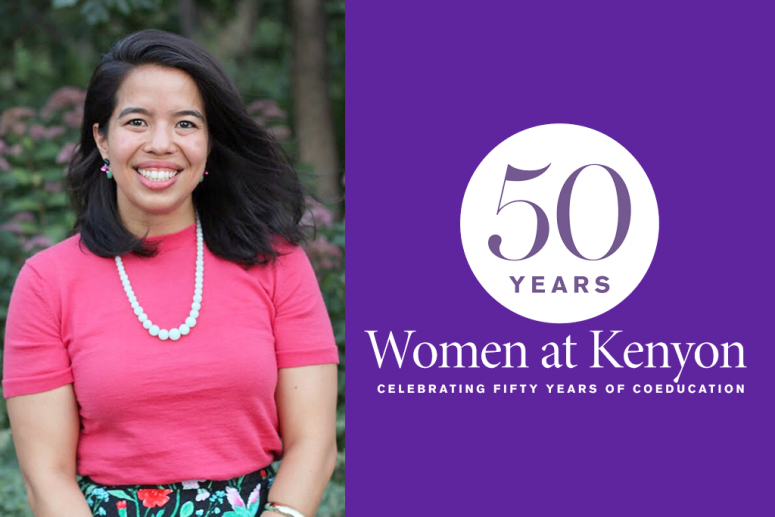 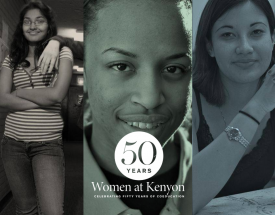