The 15th alumna in our series is Jameyanne Fuller ’14, a writer and disability advocate from New Hampshire whose fiction has appeared in the 2018 Young Explorer’s Adventure Guide anthology, Andromeda Spaceways magazine, Abyss and Apex magazine, the podcast “Cast of Wonders” and more. Fuller majored in English at Kenyon with an emphasis in creative writing, and after graduating, spent a year in Italy as a Fulbright English Teaching Assistant. She is currently attending Harvard Law School, and she plans on pursuing a career in space law once she graduates in May.

Lists. A lot of lists. There’s nothing like the satisfaction of accomplishing a task and then getting to cross it off the list. Now that I’m working full-time, I might only get one or two things done in the evening and more on the weekend, so I have to prioritize strategically. That being said, I try to get in some exercise and writing every day. It keeps me sane and refreshed.

I spent the year after I graduated from Kenyon in Assisi, Italy, as a Fulbright English Teaching Assistant. I quickly discovered that Italy was not a particularly friendly country to the blind — some people were downright hostile to me because I dared to walk around by myself — so it was a pretty hard year. But I persevered. I walked to the schools where I taught, and I did my own shopping and went out to eat and traveled all over the country.

My first week in Assisi, my landlady took me grocery shopping. The clerk didn’t want to let me into the store with my Seeing Eye dog, and my landlady offered to go get what I wanted for me and I could wait for her. But I refused to wait outside the gate and insisted I be allowed in — I had a copy of the law in my pocket because at that point my Italian wasn’t up to that kind of argument. And I got my own groceries.

At the end of the year, my landlady and I went up to see Saint Francis’s hermitage, where he communed with the animals. When we went into the chapel, one of the nuns rushed up to us exclaiming that I couldn’t be in there with my dog, and before I could say anything, my landlady launched into a tirade about how yes, I could be there, and Mopsy could be there, and it’s the law, and isn’t this the place where Saint Francis communed with the animals, and shame on you.

As I prepared to leave Italy, people I’d met and worked with all year came out of the woodwork to tell me they knew someone who was blind and that they were going to tell them about how I came from America and lived by myself in Italy and had a job and everything, so that they would know they didn’t just have to stay home all the time. I realized what a difference I made to how this town perceived blind people, and I hadn’t even been trying. I just wanted to buy my own groceries. So what could I do if I tried? That was when I decided to go to law school.

It’s hard to pinpoint any one person. Looking back on my Kenyon days, I feel so privileged to have spent four years with so many amazing professors, classmates and friends. Every one of them inspired me, whether it was by encouraging me in my writing or in my career choices.

I was pretty unhappy at the end of my first year of law school. I’d come to the realization that I didn’t want to work in disability rights law, but I didn’t know what I wanted to do either with a law degree or without one. I also felt like I was too far into law school to quit now.

I was interning at the U.S. Department of Education that summer, and one day I was having a conversation with the other interns about what we would do if we could do anything in the world. One of my professors had mentioned space law, and it sounded cool, and I’d always loved astronomy, so I said, “I’d work at NASA.” And one of the other interns said, “Then why aren’t you trying to do that? You go to Harvard. If you want to be a space lawyer, go do that.” It wasn’t easy advice to take, because I basically had to forge my own career path that was very different from what my classmates were doing. But I took her advice, and I’m so glad I did.

Not only was I infinitely happier my second and third years of law school, but now I’m an honors attorney at the Federal Communications Commission, licensing satellites and working on satellite policy and regulations. I’ve found this advice to be true in my writing career as well. Yes, it’s hard, but it’s also worth it. This was the best advice I’ve received, and it’s the advice I would pass on to any Kenyon seniors. Find that thing that you love and go do it.

I absolutely loved my time at Kenyon, but people are right when they say it can be like a bubble. Unfortunately, the real world isn’t quite as nice, particularly since 2016. I’ve definitely grown a lot as a person in the last five years, and like I said, the biggest thing I’ve learned is that you have to find something you love and do that, because that will make everything else going on more bearable.

Read about the previous woman in our series: Laura King ’86

Read about the next woman in our series: Maraleen Shields ’00 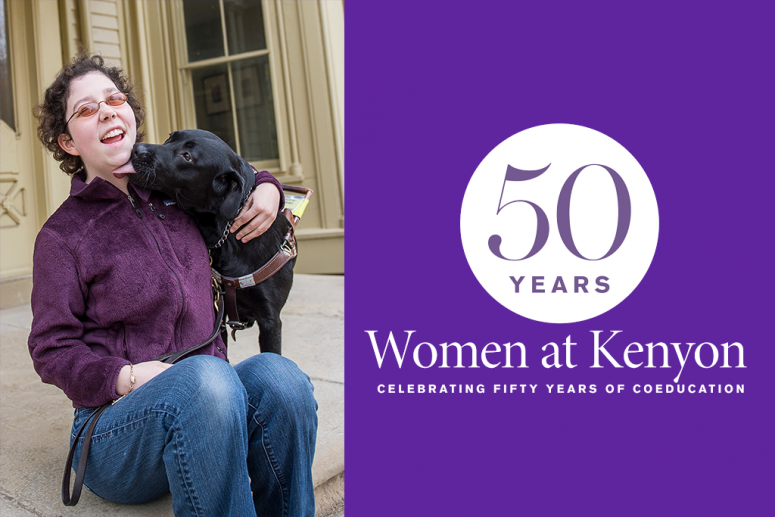 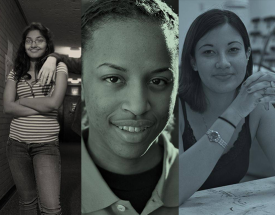