With the much-anticipated opening of Liberal Arts, Josh Radnor '96 gives the world his charming sophomore turn as a writer/director/actor—the trifecta of moviemaking, attempted by only a few practitioners of the art. The film, with its loving tribute to Kenyon and all it stands for, constitutes a significant achievement in a sparkling, still-growing career that was nurtured on the Hill.

Radnor lit up the Bolton and Hill stages during his student years. Audiences savored his comedic skills as Jack Worthing in The Importance of Being Earnest, his complex portrait of an artist in Sight Unseen, and his probing of Romeo's tragic soul. The drama major threw himself into performance opportunities with student groups ranging from the improv comedy troupe Fools on the Hill to Stage Femmes and Kenyon Musical Theater. For his senior thesis role as Jonathan Waxman in Sight Unseen, Radnor took home the Paul Newman Trophy, honoring the best acting by a male student that year.

He went on to earn an M.F.A. in acting from Tisch School of the Arts at New York University. A variety of small stage and television roles followed, along with his first film credit as a tour guide in Not Another Teen Movie (2001). The first big break came in 2002, when he was cast in The Court, a television drama in which he played law clerk Dylan Hirsch to Sally Field's Supreme Court justice. Though a pilot and six episodes were taped, the show was pulled after just three episodes. Yet it paved the way for an important opportunity later that year. A recommendation from Field helped him step into the title role in a Broadway production of The Graduate with Kathleen Turner and Alicia Silverstone, replacing actor Jason Biggs for six weeks over the summer.

He's best known as the “I” in How I Met Your Mother, the long-running CBS ensemble sitcom. He plays Ted Mosby, an architect who recalls for his children the exploits of his bachelor years. Each episode takes Ted closer to, but endlessly delays, his relationship with the woman he eventually married. The show is now in its eighth (and reputedly last) season.

Breaks from taping the TV show have given Radnor time to develop ideas for scripts and to make his first two movies. His directorial debut came in 2010 with happythankyoumoreplease, an ensemble piece he also wrote and acted in. The movie, which follows six twenty-something New Yorkers as they struggle to grow up and shed their cynicism, won the Audience Award at the Sundance Film Festival. Liberal Arts received a standing ovation when it premiered at Sundance this past January.

If Radnor is carrying on the tradition of talented Kenyon actors going out to make their mark on stage and screen, he has also embraced the alumni tradition of coming back, and giving back. The son of Alan Radnor '67 and brother of Joanna Radnor Vilensky '00, he volunteered to emcee the kickoff of the “We Are Kenyon” campaign in 2007.

Moreover, he has been generous with Kenyon students eager to gain a toehold in the business. He returned to the College in 2010 to screen and discuss his first film. And he included eighteen Kenyon students and recent graduates on the crew of Liberal Arts when it was filmed on campus.

He also, of course, included students along with faculty and staff members as extras in the new film: another touch of Kenyon in the career of a star whose creative roots go back to a place where “liberal arts” is real life.
—Amy Blumenthal Former students pay tribute to Harlene Marley, a beloved professor emerita of drama who died at 76. 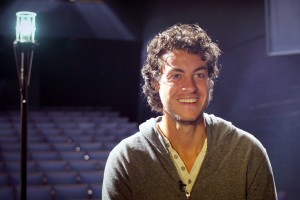 A film and Spanish literature double major, Miguel Alvarez-Flatow ’14 is turning his senior honors thesis into a feature film. Josh Radnor '96, star of the CBS sitcom, "How I Met Your Mother," which is ending its nine-season run, reflects on the "rock-star status" of Kenyon professors. 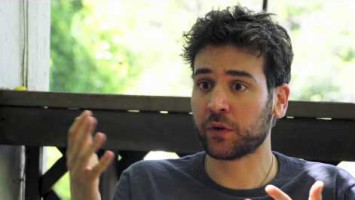