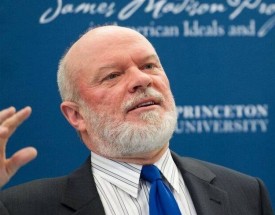 Stephen Knott: "The Indispensable Alliance of Washington and Hamilton"

Stephen F. Knott is a professor of national security affairs at the U.S. Naval War College in Newport, Rhode Island. He previously co-chaired the Presidential Oral History Program at the Miller Center of Public Affairs at the University of Virginia. His several books include "Alexander Hamilton and the Persistence of Myth;" "Secret and Sanctioned: Covert Operations and the American Presidency;" and "Washington and Hamilton: The Alliance That Forged America." Knott was designated a National Hamilton Scholar in Jan. 2017 by the Alexander Hamilton Awareness Society. This was CSAD's 2017 Constitution Day event. Kenyon alum Andrew Bowman is now a NYC firefighter. His common hour talk focused on his experience as a first responder and the challenge of terrorism. 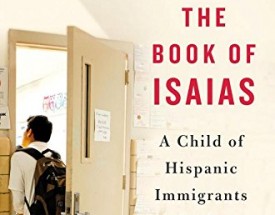 "The Secret History of Today's Immigration Wars" with Daniel Connolly '01

Daniel Connolly '01 is a newspaper journalist based in Memphis. His book, "The Book of Isaias: A Child of Hispanic Immigrants Seeks his Own America" is the product of five years of investigative journalism and tells the story of Isaias Ramos, an undocumented high school student tackling the college admissions process, against the background of his family's journey from Mexico and the complexities of U.S. immigration law. This event was co-sponsored by the Office of the Provost. Ken Harbaugh, a former Navy pilot from Ohio and past president of Team Rubicon Global, a disaster relief organization that works with military veterans to rapidly deploy emergency response units spoke on campus at an event held in honor of Veterans Day. Tom Nichols: "The Death of Expertise: The Campaign Against Established Knowledge and Why it Matters"

Tom Nichols is a professor at the U.S. Naval War College, at the Harvard Extension School, a Sovietologist, and a five-time undefeated "Jeopardy!" champion. He is a senior contributor at The Federalist and the author of seven books. Previously he was a fellow at the Center for Strategic and International Studies, the Carnegie Council for Ethics in International Affairs, and the John F. Kennedy School of Government at Harvard University. He also worked for Senator John Heinz as personal staff for defense and security affairs.

He is a member of the Never Trump movement and one of "the most eloquent conservative voices against President Trump." During the 2016 presidential campaign, Nichols argued that conservatives should vote for Hillary Clinton, whom he detested, because Trump was "too mentally unstable" to serve as commander-in-chief. 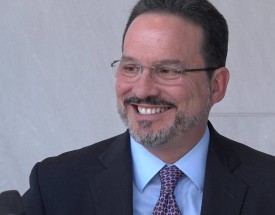 Michael Green '83: "By More than Providence: Grand Strategy and American Power in the Asia Pacific since 1783"

Michael Jonathan Green ‘83 is senior vice president for Asia and Japan chair at the Center for Strategic and International Studies (CSIS) and chair in modern and contemporary Japanese politics and foreign policy at the Edmund A. Walsh School of Foreign Service at Georgetown University. He served on the staff of the National Security Council from 2001-2005, first as director for Asian affairs with responsibility for Japan, Korea, Australia and New Zealand, and then as special assistant to the president for national security affairs and senior director for Asia, with responsibility for East Asia and South Asia. He also worked in Japan on the staff of a member of the National Diet.

Green has authored numerous books and articles on East Asian security, including most recently, "By More Than Providence: Grand Strategy and American Power in the Asia Pacific Since 1783." He received his master’s and doctoral degrees from SAIS and did additional graduate and postgraduate research at Tokyo University and the Massachusetts Institute of Technology. He holds a black belt in Iaido (sword) and has won international prizes on the great highland bagpipe. 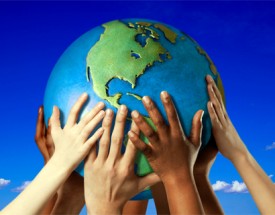 Michael Rubin spoke about the actors and politics shaping the future of the Middle East. Rubin is a former Pentagon official who instructs senior military officers deploying to the Middle East and Afghanistan on regional politics, and teaches classes regarding Iran, terrorism and Arab politics on board deploying U.S. aircraft carriers. Rubin has lived in post-revolution Iran, Yemen, pre- and post-war Iraq, and spent time with the Taliban before 9/11.